Menu
Menu
Back to all News & Media

Melbourne, Australia, October 3rd, 2019: Australian company Titomic (ASX: TTT) has joined forces with Queensland-based Gilmour Space Technologies to develop and promote the use of Titomic’s Digital Manufacturing Solutions, including Titomic Kinetic Fusion (TKF) to produce high-performance rocket and aerospace components. Titomic and Gilmour have signed a Statement of Strategic Intent and Technical Development that will facilitate their cooperation across multiple exciting fields within the global space industry.

The areas of cooperation are:

Gilmour Space, founded in 2013 by two brothers, Adam and James Gilmour, is one of Australia’s leading space companies and is pioneering new and innovative hybrid propulsion technologies with the goal of making access to space cheaper.

“I am excited to get started on our joint tech-development program. Between the Gilmour Space focus on launch economics and the scale and quality performance of Titomic Kinetic Fusion capabilities, I am expecting significant implications for the launch vehicle community”.

“This is an exciting new development for Titomic to share a commercially strategic vison to deliver unique capabilities of advanced technologies to assure growth of the Australian space eco-system. The Gilmour Space strategy, for lower cost access to launch satellites into space by affordable high-performance rockets, is in synergy with Titomic’s capability to provide an affordable alternative to traditional manufacturing by utilising the unique capabilities of Titomic Kinetic Fusion (TKF) technology.

Titomic is increasingly becoming a significant player in the global Aerospace, Defence and Space industries and by partnering with Gilmour Space it is further evidence that TKF technology has the potential for a multiplicity of applications for future industries to improve manufacturing affordability and sustainability of resources”.

“It’s also gratifying that Gilmour, one of the pioneers in the Australian space industry, has recognised the potential of the TKF process and wants to cooperate with Titomic to explore how we can fully utilise it to produce high-performance rocket and space components.” 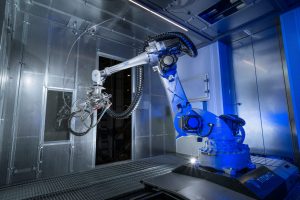 Titomic Limited (ASX: TTT) (“Titomic” or “the Company”), has signed a comprehensive Joint Venture (“JV”) agreement to establish the world’s 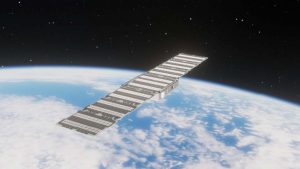 Learn what other industry leaders have achieved with our TKF Additive Manufacturing System.

Discover our technology
See our approach

Get the latest from Titomic